EVE Online would be one hell of a boring place without any form of propaganda. Thankfully there is so much of it out there that this boring place does not exist. I enjoy the art involved in some of the propaganda I have seen over the years and I admire the effort that some people put into this part of the metagame. I look at propaganda as a living thing, it is the machine that drives players. A good piece of propaganda can be a morale booster at a key time and it can also be used to dampen the morale of others, to twist the knife into a wounded enemy or drag down a strong one. Presentation and timing can be key in the world of propaganda. Propaganda is present in many forms including poster art, guides, articles, blogs and podcasts.

What part does this propaganda play in my game?

Well I feel it plays a huge part in my game. I will admit that propaganda for me personally is a fun element, a side distraction and something that I enjoy making and enjoy reading or viewing. I don't believe that I possess any particular skill in the art of poster making and in fact I will openly admit that I am awful at it, but that adds to the fun part for me.

My technique (cough) involves finding a good poster, taking it into Paint (yes I did say Paint) and then butchering it and adding my own particular twist. The more poorly drawn and badly designed the better.

Quite a large proportion of the propaganda that I 'produced' was centered around the 2/10 complexes in and around Molden Heath. It was always a topic of conversation on the corp forums and it was always nice to see some random poster popping up half way through a discussion.

Sharing a system with the dreaded 'third room campers' could be frustrating and over a period of time you started to get to know them at a first glance in local. You would however eventually learn to ignore their presence and let them be. But there was this one guy called Matthew Heart, bless him, who we always used to have discussions about on the forums and he eventually became a legend in his own underpants within the R1FTA and Molden Heath community. He was a figure of fun and we loved to make posters about him. In fact, every plex camper we came across would be known as Matthew Heart no matter who he really was.

Pilot 2: Ah scratch that it's just a Matthew Heart.


I remember taking this well known 'annoying gamer' meme and turning it into a Matthew Heart tribute, much to everyone's amusement. 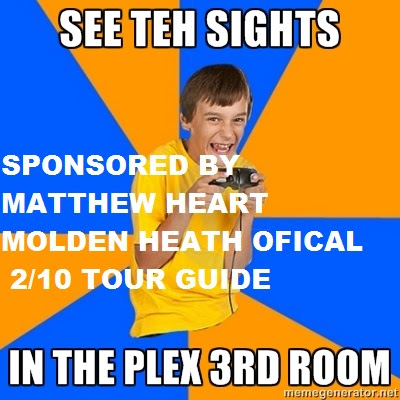 One of the funniest bits of propaganda that I have seen was posted in The Autocannon public channel by former R1FTA member and radioactive nice guy Awarmingcoat. It is so simple but brilliant. I laugh at it every time I see it. 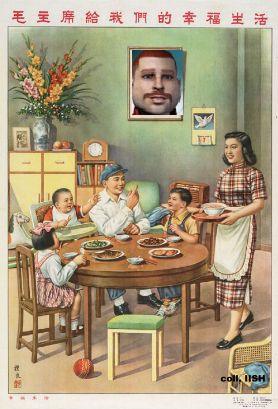 In fact, below is a whole album dedicated to R1FTA/R1DER propaganda. It's all in good spirit and mostly there to generate a bit of a laugh between the membership.


That's how I see propaganda in my EVE Online. A bit of a laugh.